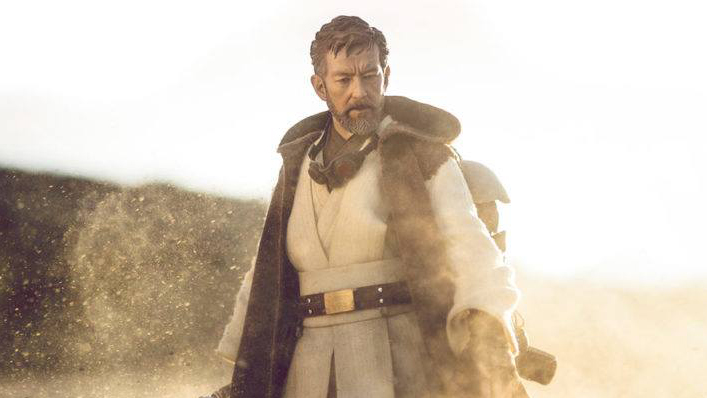 “This was actually my favorite part of this piece, and your question is spot-on. We had originally started by focusing on young Alec Guinness. We gathered reference from many of his older films, as well as images from A New Hope and tried to blend the two together. As we progressed though, it became clear that approaching the likeness this way wasn’t reading as Obi Wan. It was a great likeness of young Alec Guinness, but younger Obi Wan doesn’t look like young Alec Guinness, he looks like Ewan McGregor! From there, it was about finding that balance between aging down Alec Guinness’s features from A New Hope, and adding in some of Ewan McGregor’s features from the end of Revenge of the Sith. It was a challenge, but I really think our sculptors did a great job finding that sweet spot.”

The figure, which was revealed at San Diego Comic-Con, will be on display again at New York Comic-Con.